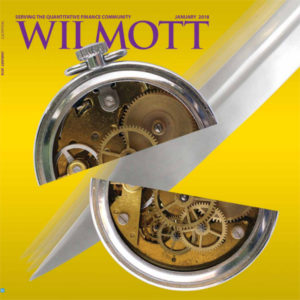 Every issue we bring you original material from some of the best columnists, educators and cutting-edge researchers. Subscribe here.

More information about Wilmott magazine, for potential subscribers and submission of articles and research papers, can be found here.