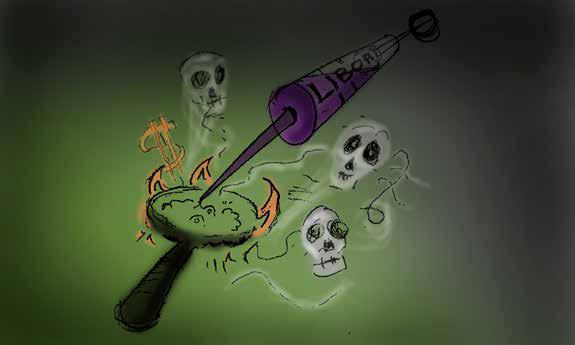 Depending on context, the word “fix” can mean “set” or “determine,” “manipulate” or “rig,” as well as “repair” or “correct.” “In a fix” means to be in difficulty. In colloquial use, a “fix” is a dose of an addictive substance that is habitually consumed.

In 2011, Swiss bank UBS disclosed that as part of the investigation it had received demands for information on “whether there were improper attempts by UBS, either acting on its own or together with others, to manipulate LIBOR rates at certain times.” The Wall Street Journal in May 2008 published a study suggesting that banks might have  understated borrowing costs. An academic study published the same year found that LIBOR had remained low whilst bank risk was increasing. Individual banks’ rate quotes remained very close, surprising given  divergences in perceived credit quality.

An unknown number of traders and interbank brokers have been dismissed, suspended, or put on leave by their employers as a consequence of the investigations. Institutions affected allegedly include Deutsche Bank, JPMorgan Chase, Royal Bank of Scotland, UBS, and Citigroup.

The Valuation of Callable Bonds with Floored CMS-spread Coupons

The Irony In The Derivatives Discounting