Andy Warhol once said “In the future, everyone will be an epidemiologist for 15 minutes.” How right he was. My dear friend Nassim Taleb is one. He tells us to be wary of the inherent fat tails in pandemics. He’s also keeping honest the statisticians, and the media reports of statisticians.

There are some famous quants who’ve become epidemiologists. They’ve written papers on SIR-like models. And we do have our own epidemiologists on wilmott.com. We have several virus threads on the go, including a few on modelling. Take a look at

I also encourage gallows humour on the subject.

David Orrell and I wrote in The Money Formula that quants could learn from mathematical biology. It looks like our wish is coming true. But we hadn’t wanted this to happen at the cost of hundreds of thousands of lives. 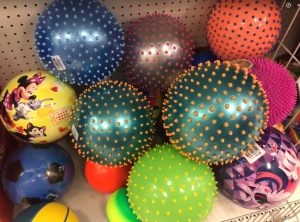 Mathematical biology was the hot topic in applied math departments shortly before quant finance took over. I have family members who have researched in the field. To date Jim Murray’s Mathematical Biology is the only math book I’ve ever read in bed. (I’m not the geek some people might think I am. Honest.)

The basic mathematical models of epidemics are rather simple to derive. You have time as the independent variable. Then you have as many dependent variables as you feel comfortable with. (Too few and you miss crucial features. Too many and you end up with models that are as bad as those in economics.) Classically you get first-order ordinary differential equations for quantities like number of susceptibles in the population, number of infected, number recovered/removed. That’s your basic SIR model. You can add any number of bells and whistles. No more than ten minutes’ thought and you’ll probably have an interesting model. Want to model leaky quarantine? Easy, have an index representing the house number. Worried about hospital overload? Make death rate a function of number infected. Spread geographically? Just add spatial variables to get diffusion equations. And so on. So many models, but which is the right one? (And let me also say that there is a lot more to math biology than SIR models.)

Personally I think we need to question what the data means rather than jump in with ever fancier models. It’s hard to distinguish between the effects of lockdown and the effects of decrease in quantity of susceptibles. All models give pretty much the same qualitative behaviour: Short-term exponential increase in infected/deaths that is independent of population size, reaching a peak that is population dependent and then decay as either lockdown works or as susceptibles disappear. In a nutshell, that’s Imperial College versus Oxford University.

The calculation no one wants to make publicly is lives lost now from Covid-19 versus lives lost later through failure to treat other illnesses or through a collapsed economy. Personally I am in favour of a much looser lockdown, one that focuses on the old and vulnerable. I don’t see how current indiscriminate lockdowns is sustainable. Not in those countries that value individuals’ freedoms. The powers that be need to manage the lockdown more sensibly soon, or they will lose any goodwill and control that they, for the moment, have.

6 May 2020 Editor Articles, Ito 33, Partners Comments Off on Implied Probability of Bail-In

CoCo (Contingent Convertible) or AT1 (Additional Tier 1) Bonds have been receiving some attention recently due to a confluence of factors. In no particular order these include the fact that $40bn worth of contracts are […]