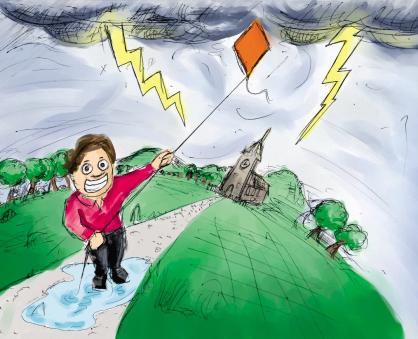 One of the classic works of poker, and risk management, is Herbert Yardley’s 1957 best-seller, The Education of a Poker Player, Including Where and How One Learns to Win.

Yardley is an important transitional figure. 19th century poker was forged in self organized frontier societies such as mining camps, farm settlements and transshipment points. During the first half of the 20th century, it evolved into a game of extraordinary mathematical and psychological subtlety. Yardley learned his poker from a genuine old west gambler with deep 19th century roots. He later applied his talents to codebreaking, running the US efforts during World War I and after. That experience imbues his poker analysis with 20th century applied mathematics and proto-game theory.

Poker as a Lottery

Doyle Brunson , two-time winner of the World Series of Poker main event, has likened a poker tournament to a lottery in which more skilled players (like himself) hold more tickets than less skilled players […]

Building Your Wings on the Way Down

Ray Bradbury famously defined “living at risk” as jumping off a cliff and building your wings on the way down. Too many financial risk managers who came late to the field think of risk as […]