I saw a news story recently saying something like there are more germs on your iPhone than on a toilet seat. From which we conclude what?

We are told to conclude that this is really bad news, that we are all going to become seriously sick from using phones. Ok, mentally sick, I would agree with you. But not physically sick. In the absence of any positive correlation between iPhone usage and illness then the correct conclusion is almost the opposite. Same amount of illness with more germs than we previously knew about suggests that those germs aren’t as dangerous as we’d thought. Or to put it simply, it’s now safe to lick your toilet seat.

One simple fact, and two totally opposite interpretations.

Toilets made me naturally think of Tony Blair, Nick Clegg and John Major. They’ve been off to the EU to try to get another Brexit referendum to, they hope, overturn the last – or as I like to call it “the correct” – one. Major comes backs ranting – it’s funny how Brexit and Trump have tipped many fragile people over the edge – about how Brexiteers should never be forgiven:  There’ll be no £350 million for the NHS,  economy ruined, etc. But he’s got it ass backwards. 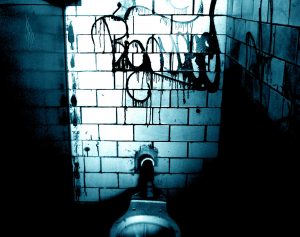 Suppose I was negotiating the purchase of a house and saying things like “I don’t know, that roof looks in need of some repair, that’s going to be expensive,” the way you do as part of the negotiating process, trying to get the price down, and meanwhile my wife was telling the vendor “Don’t listen to him, he loves the house and we’ve been looking for ages,” how is that going to end up? With me paying more than I need have.

So it’s precisely the interfering of Curly, Larry and Mo that means whatever place we end up in after Brexit will be worse than it needed to have been. The Remoaners are to blame.

One fact, two opposite interpretations.

On a positive note I read two relevant pieces of information about people’s response to listening to both sides of an argument:

So that’s some good news for Leavers, the interference of high-profile Remoaners is only going to make the man in the street even more pro Brexit.