We can report that Mark Carney is in line to be his replacement.

The clues were all there.

Was Mervyn King ever seen at a music festival wearing glitter? 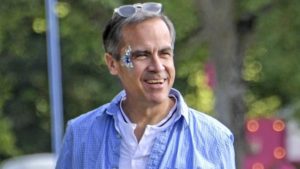 Would Mervyn King violate Health and Safety Regulations just for a photo op? 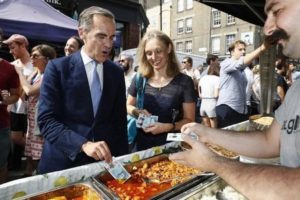 No. But Mark Carney wants to be a “Celeb.”

Tall, good looking, he’ll probably do very well on Strictly. He’ll certainly be a better dancer than he is Governor of the Bank of England.

The problem is that Carney has an Ideology. And he has Power.

Carney has an Ideology, he has a Theory. His Theory involves Interest Rates. His Theory says “If in doubt cut interest rates.” Forget the fact that at the current low level such cuts do more harm than good, storing up problems for his successor.

And with Carney leaving the BoE there’ll be a vacancy there.

How hard a job can it be? I believe that Mel, Sue and Mary are looking for employment.

What Will History Make of Brexit?

5 June 2019 Editor Articles Comments Off on What Will History Make of Brexit?

Asked what was the most difficult thing about his job, British Prime Minister Harold Macmillan is reputed to have replied: “Events, dear boy, events.” Brexit may be one such event. The only known fact is […]

Let me start out by saying that this post is not for anyone who might be reading it. Or if there are a few of you for whom it resonates I bet you haven’t let […]

For the UK and wilmott.com it’s that once-in-a-generation moment. A new bathroom? No! While Mark Carney performs his fine balancing act of talking down the UK in order not to lose face while not actually causing too much harm […]