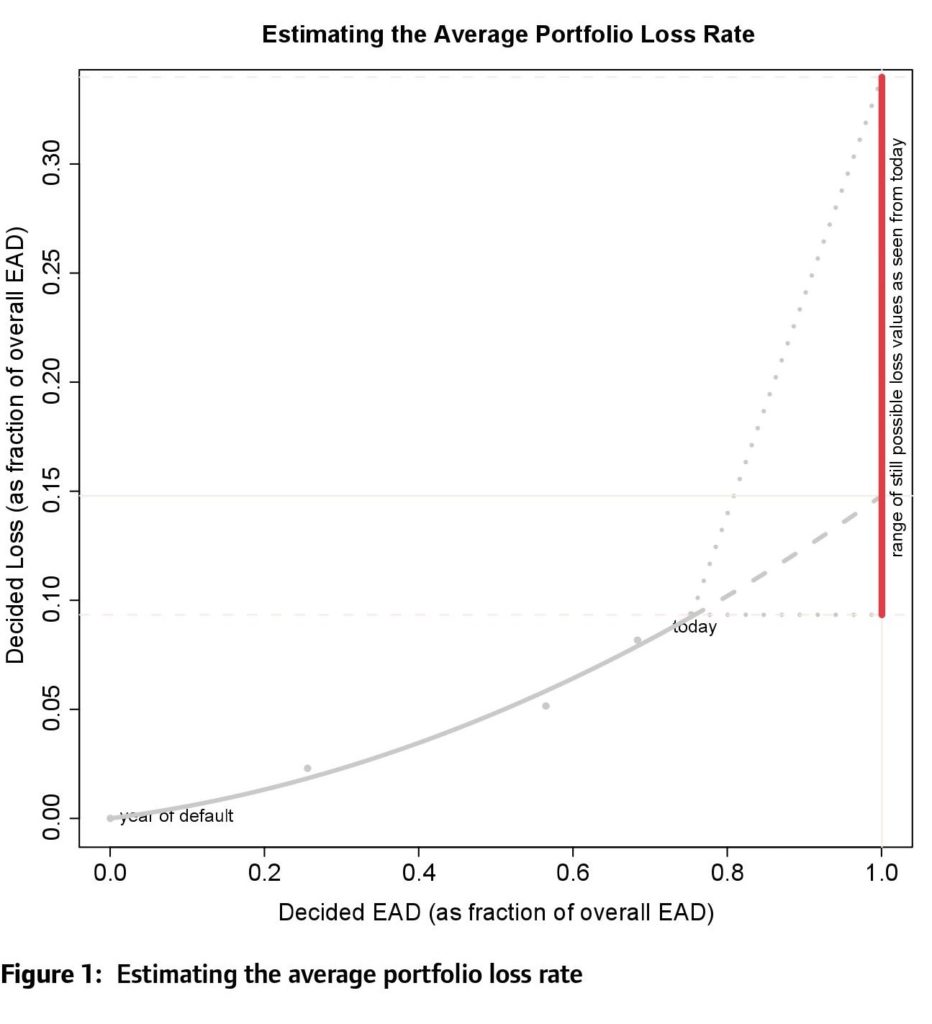 Driven by a competitive market and motivated by the new Basel Capital Accord (Basel II), banks have put a lot of effort into development and improvement of their methods to assess the  creditworthiness of their obligors and to deduce the probability of default (PD). However, not only the probability of default but also the economic loss in the case of default have to be estimated to quantify credit risk and to calculate the Basel II capital requirements under the advanced approach.

Basel II (2004) decomposes the estimated economic loss in the event of default into two factors: the exposure at default (EAD) and the economic loss relative to this exposure. The latter ratio is called loss given default (LGD). From the Basel point of view, both values have to be estimated individually for each claim treated under the advanced IRB approach. Observe that this estimation takes place prior to a possible default. LGD and EAD may therefore be interpreted as estimated expectations of random variables.

In the following we focus on the estimation of LGD. While the notion of LGD is easy to understand, there are numerous difficulties that make LGD estimation a demanding task in practice.

The Chemistry of Contagious Defaults

Scenarios IV: Planning for Disasters and then Dealing with them

17 September 2018 Editor Articles Comments Off on Scenarios IV: Planning for Disasters and then Dealing with them

As I write this it is the fourth anniversary of September 11, 2001. Aside from the anniversary specials airing today, there is little in the news these days about Osama Bin Laden. The news today […]