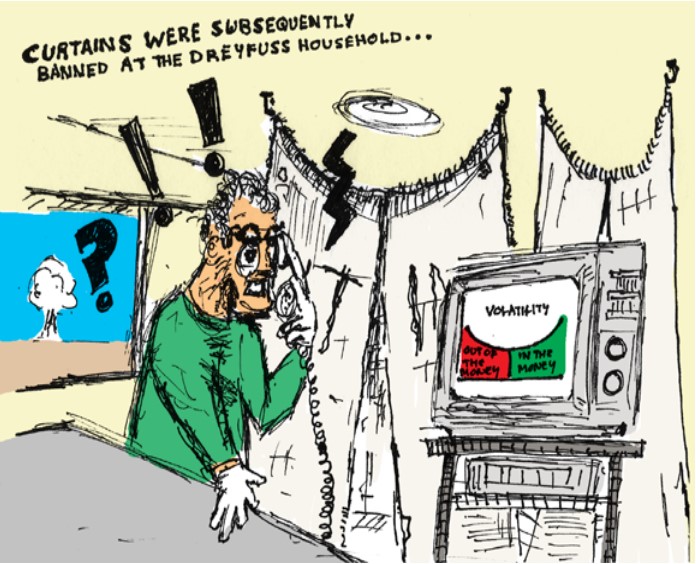 The 1977 science fiction movie Close Encounters of the Third Kind was written and directed by Steven Spielberg. The title is derived from the classification by Hynek for close encounters with aliens, in which the third kind denotes human observations of animate beings. Richard Dreyfuss plays an electrical lineman from Indiana with an obsession with UFOs – Steve McQueen was Spielberg’s first choice and he liked the script but  turned it down because he felt that he would be unable to cry on cue.

Why is the third order relevant? And now I’m talking about third-order implied volatility approximations starring Matt Lorig and his two Italian co-stars, Stefano Pagliarani and Andrea Pascucci in my early 2014 adaptation of their original 2013 paper. I like to think that I possess a healthy skepticism when it comes to the use of analytic approximations in option pricing, but this working paper and their associated Mathematica code is well worth reading (even if you don’t go as far as I did and actually buy a license for Mathematica, as you can read their notebook files for free).

Vola Dynamics provides analytics for options trading and risk management,as well as portfolio, PnL, and scenario analysis. Since its founding in New York in 2016, it has quickly established itself as the only third-party vendor […]

16 July 2021 Editor News Comments Off on From arXiv